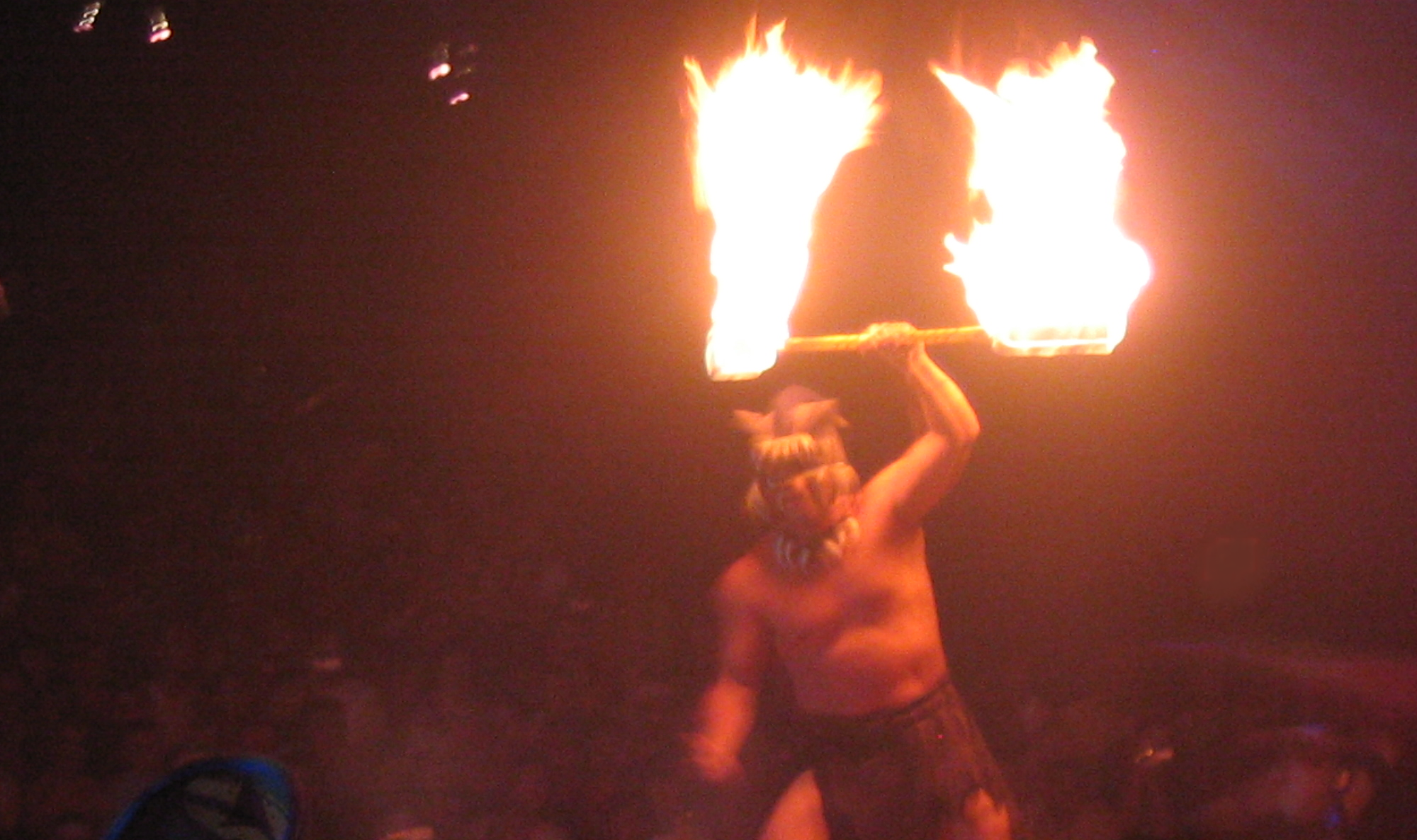 Magic can be many things. It can range from a flash of sparks as a battlefield signal to a single caster leveling the field. Both have their place.

Personally, I lean toward the less is more approach. But that being said, sometimes the epic leveling of a battlefield is exactly what you’re looking for. But when you’re creating your magic system, the key—as always—is consistency. If your magic allows for massive, powerful effects, then your world should be strong enough to support them. I’ve played enough D&D in my days to recognize the sheer anticlimactic power of a single high level mage finishing the fight before the warriors even draw their swords.

Let your warriors draw their swords. They’ll thank you.

Even though magic is an important part of your world, it isn’t the ONLY part. This means that everything else needs to have appropriate reactions to that magic. Try to make those reactions as realistic as possible. If your magic is low-key, filed with utilitarian effects and reasonable power, your mages might be more accepted by the muggles of the world. But when a single person can snap their fingers and will half the population into non-being *cough* then maybe mages might be feared more than welcomed.

Welcomed or shunned, how does society prepare for them? Are there schools to aid their training or military academies teaching how to defend against them? Is there an elite religious force tasked with their control? (yes, I’m looking at you, Templars) Or accepted positions for magic to be a normal part of life? Whatever it is, you’d better believe that those non-magic folk will have something to say. So, take some time to consider what it is.

Another thing to consider is that the stronger your magic is, the more of a spotlight it takes. That means that it can easily start to overshadow everything else. For some stories this works. For others, it results in a beautifully constructed world disappearing into the cracks.

How do your mages deal with other mages? This can depend heavily on the other aspects of your world, but the scope of their power has a big impact. Going back to my previous examples, utilitarian low-power magic users might band together in a guild like any other craftsmen, working beside and against each other in tandem.

On the flip side of the coin, they say power breeds corruption, and I think—dramatically at least—this tends to be true. If you set your power level high, it can create some pretty fun struggles between the mages themselves. When wee Gods work side by side, there is a tendency to squabble for control. This doesn’t need to be malevolent, but when you’re looking at that scale of power, it’s unlikely to be humble.

The more powerful your characters, the more horrifying the threat against them needs to be. This can be sheer power (think Thanos with his annoyingly jazzy finger snapping), or a different style of enemy forcing your characters to find a solution aside from their power. (All the power in the world won’t make her love me *sniff*).

But whichever route you choose to go, you need to continuously raise the opposing stakes to match the protagonist’s power. It can take some work to make this happen seamlessly, believably, and frighteningly. But it needs to.

I’ll get into this in more detail in another post, but as the power level rises, so does the cost. Be mindful of this as you write, or you can end up with a staggeringly magical world with no teeth. Not only is this a wasted opportunity, but it robs impact from every aspect of your work, leaving it… well… dull.

Costs don’t need to come in soul-selling or life drain. Though… those ARE fun. You could go a different route and have social costs instead. Think mutant registration or witch hunts. But whatever you do, make it equivalent to the power.

I love writing (and reading!) about magic. But the stories I keep coming back to are the ones with moderate power. Less really is more (in my opinion anyway—both totally have their place). Not only does this let the rest of your world shine like it should, but it lets your characters have real struggle and growth, letting them truly come to life.

Also, if you opt for the lower end of the spectrum, those special times when you pull out the high end are made that much more memorable.

Let your warrior have a chance to draw their sword. Swords are cool too. Especially enchanted ones.